Every story worth reading or watching will contain at least three overarching parts: a beginning, a middle, and an end. An event starts the ball rolling (the inciting incident), which sets into motion a number of reactions and choices from our protagonist (middle acts and subplots), until it eventually culminates in a confrontation between all invested parties (the climax). Cut any… Read more → 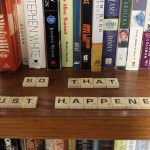 Type the words ‘plot structure’ into Google, and you’ll come up with a near endless list of different ways to design a story. ABDCE- Action- Background-Development-Climax-Ending. The W pattern, i.e. starting at a high point in the protagonist’s life, and then following the shape of the letter W, taking him on a journey of highs and lows. The Story Arc. One… Read more → 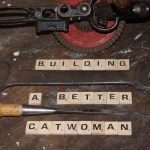 For the first three-quarters of my writing life, I assumed the best way to flush out a character was to set them in a story, place my fingers on the keyboard, and jump directly into getting their story on the page. Oh, I may have general notions of which directions I wanted them to head, but as for the particulars of the… Read more → 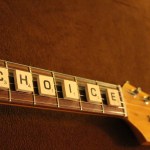 Chapter Seven: The importance of choices when building a character

As an author, we use adjectives and comparatives to describe all manner of things. If we want to describe a mountain range in the far off distance or a castle imposing its dominance over a kingdom, we have almost an infinite number of words to choose from to paint the ideal mental picture and emotional connotation. Jim Butcher calls it the… Read more → 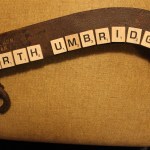 For a long time, I assumed the antagonist of every story needed to have a maniacal mustache and some type of British styled bowler hat (or at least kept one tucked away in their broom closet). He or she needed to be plotting to take over the world, or sucking the fun out of a high school’s last dance, or… Read more →

The NFC North has been nicknamed the Black and Blue division, because whenever the Bears, Vikings, or Packers face off against each other (sadly the Lions really don’t compete), both teams leave bloody and bruised. If forgiveness played football, it’d play in the Black and Blue division. The idea of forgiveness is prevalent in most religions. A Buddhist proverb demonstrates… Read more →

The second story I started working on had potential. It existed in the fantastical world of Antheia, where shadow beasts fought against the Shama-Yeem, the people of substance and light. There were cool powers and a city built on among the petal’s of a giant flower. It had epic battles, mystic abilities, and even a snarky, talking lizard. A… Read more →

It’s okay not to be okay

At the time of writing this, I’m not okay. At least by any definition of ‘okay’ I typically associate with the concept. Anxiety has run in my family for generations, and lately any thoughts about the future have all but crippled my ability to keep putting one foot in front of another. Life is by no means falling apart, and… Read more →

Chapter Four: The Unforgivable Sin- How to avoid cliche writing

As a writer, you can get away with almost anything. If you believe flying monkey’s deserve a place in your manuscript- go for it. If you’ve ever wondered how Abraham Lincoln would have handled a zombie uprising- that’s a legitimate story question to explore (in it’s book form, the movie butchered the premise something fierce). The reader places an exorbitant… Read more →

I have lots of plans. Some are even well designed. Large amounts of hope and passion are regularly invested in them. I even go to the trouble of putting them on God’s radar, just so he can adjust his own machinations accordingly. Then, almost daily, he disregards all my well thought out intentions and takes me somewhere else. My internet… Read more →