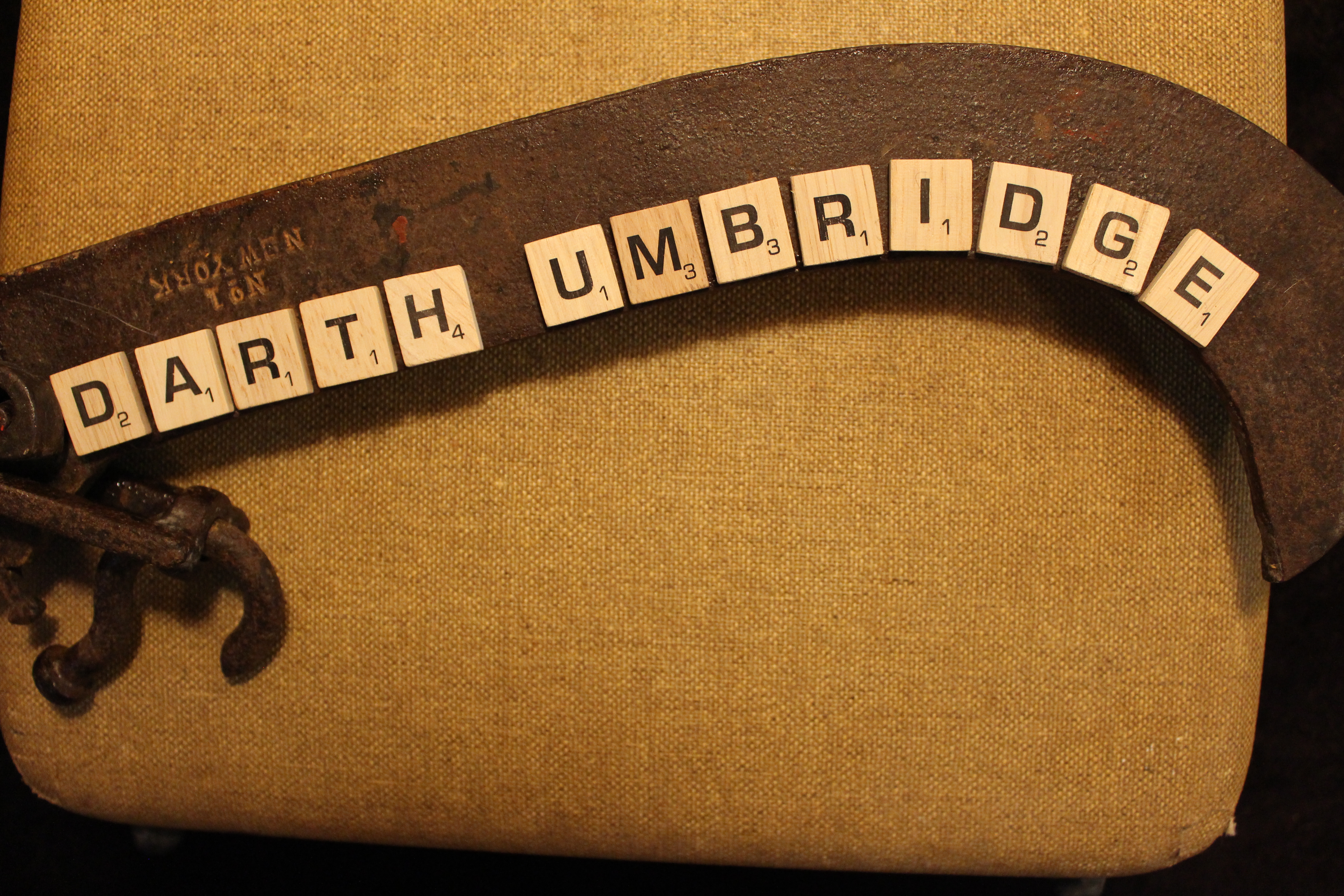 For a long time, I assumed the antagonist of every story needed to have a maniacal mustache and some type of British styled bowler hat (or at least kept one tucked away in their broom closet). He or she needed to be plotting to take over the world, or sucking the fun out of a high school’s last dance, or secretly drowning puppies in the creek behind their home. In short, I assumed antagonist meant evil.

However, the term and function of an antagonist is far more broad. Again, from the almighty Google, it’s defined as anyone who directly opposes someone else. In the case of a story, the antagonist directly fights against the protagonist achieving his story question and goal. While this means the antagonist can be evil (Sauron trying to stop the Fellowship from destroying the ring, Vader trying to blow up Luke’s X-Wing, etc.), it’s not required to make them a dastardly villain worthy of a Michael Bay film. Depending on the story question, the genre, and the motives, there can be very valid, moral reasons for a person to be in opposition to the main character. Maybe they believe there’s a better solution to a problem. Maybe they’re trying to save the protagonist’s life, and fear if he or she gets what they want they’ll end up hurting themselves. In romantic comedies, the entire premise is based around the couple having opposing goals and trying to work through them. The key to a good antagonist is harnessing the conflict between the two sides, because that conflict becomes the fuel that drives the story forward.

The best antagonists are designed with the same care and investment as the protagonist. At their core, they serve as a foil to the main character, constantly battling to impose their own story question on the narrative. For this tension and balance to be successful though, the antagonist must have as strong of a character build as the protagonist. Hence we go back to Empathetic, Vibrant, Driven, and Active.

Again, empathetic does not mean we agree with their decisions, it just means we understand them. My favorite antagonist in Harry Potter is not Lord Voldemort or Bella Lestrange, but Dolores Umbridge. By the end of The Order of the Phoenix, my desire to see her vanquished reached a spiritual like fervor, and while I certainly had no sympathy for her when the centaurs carried her off into the woods, I understood her what made her tick, gag-inducing as her idiosyncrasies might be.

Next, we make sure they pop and crackle with life. If they’re going to be crazy, don’t make them a little bit out there, make them like the Joker with a poorly painted clown mask on his face. If they’re evil, don’t have them skim on their taxes, have them plotting to hoodwink Fort Knox. Go big.

Then we give them their own story question, one that guarantees they’ll be in a head-on collision with our main character. Have them driven by it with the same ferocity as the protagonist. In doing so, it ensures a climax where both parties see their very existence at stake. It also guarantees your antagonist will stay active in his attempt to see his goal to completion.

These clashes with the protagonists create sparks, and we harness that energy to power the story to its inevitable, tension-filled conclusion. In a real way, the devious, Machiavellian nature of the antagonist is the writer’s best friend. Seems like a rotten thing to hold against them 😉

← Forgiveness. Bloody and Bruised
Chapter Seven: The importance of choices when building a character →