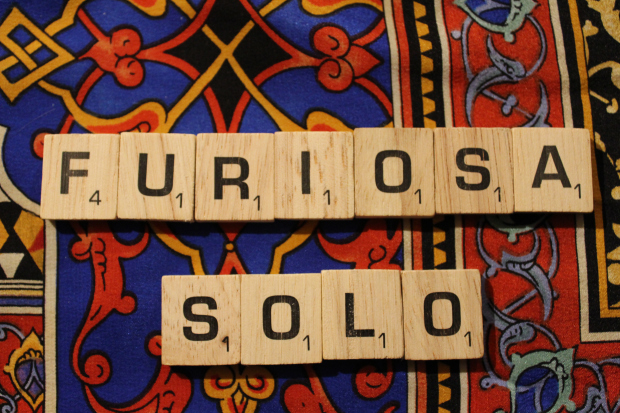 The second story I started working on had potential. It existed in the fantastical world of Antheia, where shadow beasts fought against the Shama-Yeem, the people of substance and light. There were cool powers and a city built on among the petal’s of a giant flower. It had epic battles, mystic abilities, and even a snarky, talking lizard. A lot of neat story elements were there, and still it was utter garbage.

The main factor behind the story’s demise was the lead character, Raz. He was a thirteen-year-old, amnesic boy who wakes up in the center of a huge battle and is soon prophesied to be the savior the world (okay, the other main factor behind the story’s failure was a cliche plot, but right now we’re focused on protagonists, so we’ll let it slide). Raz lacked the four essential components of a protagonist: Empathetic, Vibrant, Active, and most important, Driven.

Let’s start out with Empathetic. First, it’s important to realize the difference between empathy and sympathy. Sympathy is defined as feeling pity or sorrow for another human being. There is no requirement for an audience to want good things to happen to happen to the main character (few sympathize with Ebeneezer Scrooge or the Grinch who stole Christmas), and in fact we can find satisfaction in seeing a particularly ornery character getting his comeuppance. Empathy, however, means we understand and can share the feelings of another. It’s not that we agree with the character’s actions, but we understand why he or she does them.

Next, the character needs to be Vibrant. Think through some of your favorite characters. Is Han Solo just a hint of a scoundrel? No, we love him because he’s pushed all his chips into being a rogue. Dumbledore isn’t slightly eccentric, he’s almost fun blown batty in his dialogue and his fixation with sweats, but he’s batty like a fox. Tony Stark is egotism personified, Captain America is the Red, White, and Blue, and Nick Fury doesn’t just live in shadows, he wears a freaking black eye-patch and trench coat- in the middle of summer! Whatever character traits our protagonist has, we want him to live them out so clearly we’d find a picture of him or her in the dictionary next to the definition.

The last two, Active and Driven, really belong together. When we discussed The Story Question, I said most often that question, that challenge, is directly taken up by protagonist. Luke needs to destroy the Death Star. Harry needs to vanquish Voldemort. Charlize Theron as Furiosa needs to get the breeder wives to safety (yep, she’s the main protagonist of Fury Road, not Max). For this to work, the main character needs to be driven to see their goal come to reality. The reason is the higher their drive, the more challenges we as a storyteller can throw at them to conquer, and then the more emotionally invested we become in their story question. If the protagonist really doesn’t care about the situation, the audience wonders why they didn’t bow out at the first sign of trouble. If they are invested in their goal at their very soul, we can throw Sith Lords, dragons, nuclear warheads, backstabbing co-workers, and a literal kitchen seat at them, and they will suffer through it to see their goal met.

Which ties directly into the last characteristic of the protagonist. They must be active in their pursuit of their goal. Things primarily don’t happen to our character, things happen because our lead guy or gal acted in the first place. They make choices. They aren’t always useful or productive choices (and in fact most of the time we pick the worst case, but still believable, scenario to happen to them), and their actions are what drives the plot forward.

When these four traits are combined correctly, we reach a new level of storytelling. We instinctively become aware of how our lead would handle a situation, no matter how miserable we make their lives. And let’s be honest, making their lives miserable is one of the best parts of writing a story.

← It’s okay not to be okay
Forgiveness. Bloody and Bruised →