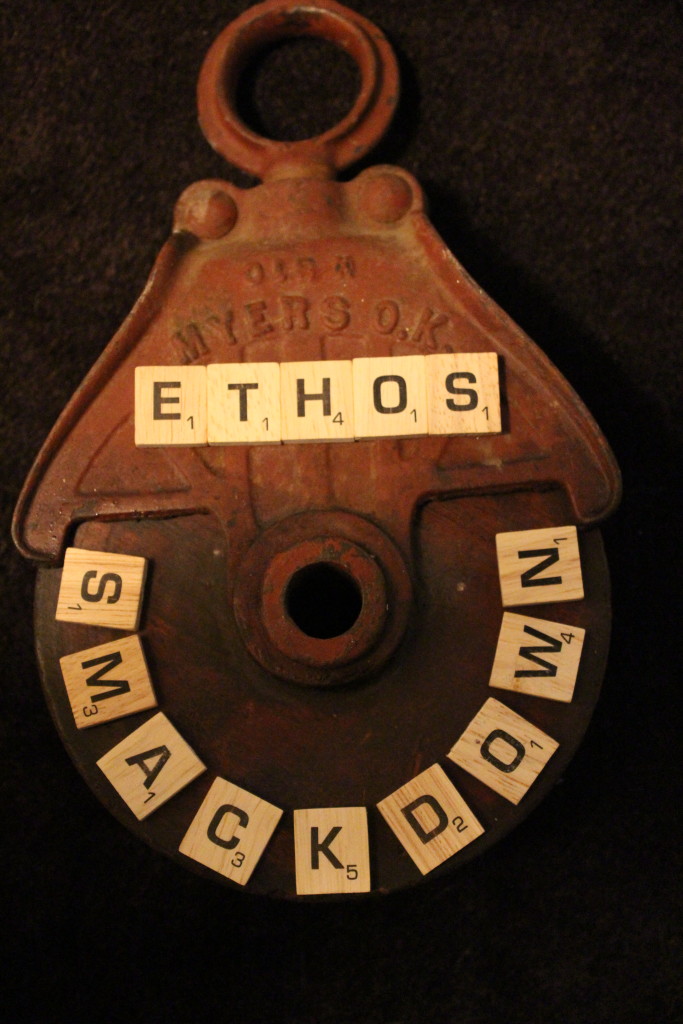 If the story question is the known, external path a plot takes (you find it on the back-flap of most books or the movie’s summary on IMDB), than the Controlling Idea of the story is the unspoken but ever present truth of the journey. When a writer sits down to tell his or her tale, they are essentially making a case to the reader, “Life is like this.” An old adage explains it succinctly, politicians wear the mask of truth to tell fiction, while writers put on the mask of fiction to share tell truth.

The protagonist of the story either lives out the Controlling Idea or decides to take it up as his mantle. This idea, this truth we believe, will walk the reader to the very end, all the while struggling for dominance and a platform against the story’s Counter Idea. The Counter Idea of the story runs directly against the Controlling Idea (almost always spearheaded by the chief antagonist), and the victor is not decided until the climactic showdown at our journey’s end. Typically, the Controlling Idea is the underdog, barely managing to stay alive, until a dramatic reversal ends with it as the victor. The more intense the conflict, the more clearly the ideas will ring true.

Flushing out your Controlling and Counter Ideas gives authors both an unseen link to hold the story together, but also helps them avoid one of the most dangerous of sins, ‘preaching truth’ through fiction. We get enough of that from churches, blogs, and the aforementioned politicians. Story is one of the last bastions, where if done well, we can experience and know truth without it being crammed down our throats- and this is coming from a pastor :).

So, what does this Controlling Idea vs. Counter Idea look like in action? Well, take the second Christopher Nolan Batman, The Dark Knight Returns. In it, the spectacular antagonist The Joker takes up the Counter Idea of the movie, when pushed to their limit, people will sacrifice their humanity. This runs parallel to Batman’s Controlling Idea, the only way for evil to triumph is for enough good men to do nothing. Throughout the entire movie, these two forces jockey for position, until the movie’s climax upon the roof, where the pair wait to see if one of the two ferries blows the other one up. You see the tension and the battle of opposites, both physically between Batman and The Joker, and emotionally, between the prisoner’s ship and the one filled with civilians. In the end, humanity triumphs over madness, neither ferry sacrifices the other, and Nolan’s truth is revealed, enough good men (or women) stand up to stop evil.

Harry Potter’s Controlling Idea shows love and sacrifice battling against power and dominance, climaxing in Harry sacrificing himself to kill Voldemort. In the movie Firefly, the Controlling Idea has the concept of free will and the mess that comes with it battling against governments or organizations trying to ‘fix’ human nature. The climax of the story has the crew choosing to fight an entire space armada in an effort to show the universe the government’s botched and highly destructive attempt to take away our free will.

The Controlling Idea of an author is always there, even if the author doesn’t recognize it. If they do recognize it, however, if they craft their story around it, carefully avoiding the pitfalls of cliche, groan inducing diatribes, and instead allow the cast’s action to drive it forward, you construct the most powerful platform for truth, story with meaning.