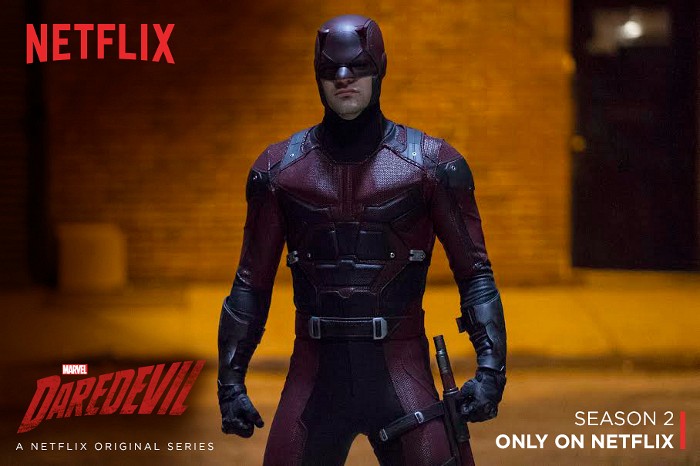 The Marvel Movie Minute: Everything you need to know about Marvel, in under 60 seconds.

So soon and very soon, two weeks to be exact, Daredevil Season 2 releases on Netflix. While there are literally hundreds of reasons to be excited, I’ve distilled down the top three reasons to be geeked!

Reason number one: It’s a hybrid from everything good about Netflix and Marvel. When Netflix started releasing entire seasons at once, TV changed. Suddenly, we could binge thirteen hours of story in one weekend, instead of waiting over a six year for the movie trilogy to end. Marvel understands this perfectly, and they build their superhero story arcs around one, epic narrative. It’s the definition of must-see-TV.

Reason number two: Her name is Electra. One part assassin, every part awesome, Electra is Marvel’s version of Furiosa from Mad Max, with twin ninja sais instead of hook for a hand. She plays villian, anti-hero, and love interest. And I thought my relationships were complicated.

Reason number three: His name is name is Frank Castle, aka The Punisher. Now the last fifteen years of Punisher movies have been pretty awful, but the character at his core is amazing. He’s going to be a great foil for Daredevil, who specializes in Law & Order, while the Punisher considers himself the executioner.

Get ready, because it’s going to be a wild ride!

(Parental note: while not quite an R-rating, I highly recommend watching it first to see if it’s appropriate for your kids)

← Chapter One: Focus on writing a great story
Is this thing on? →